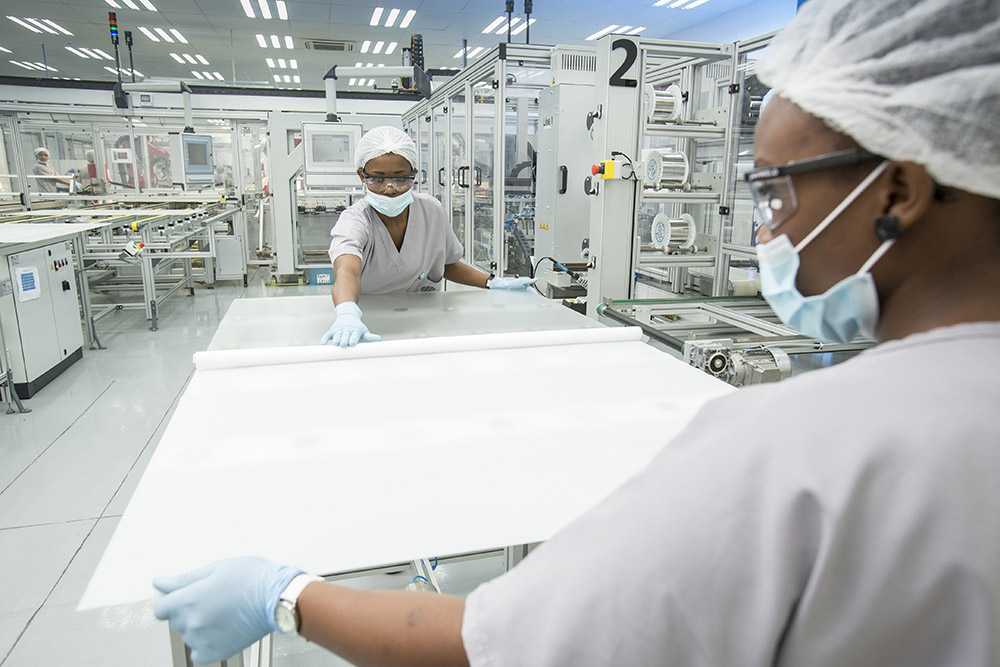 In a series of statements to pv magazine, South African panel manufacturer ARTsolar has explained why it recently filed a petition to request the introduction of import tariffs on solar modules from other countries. The company claims such a measure is needed to save real jobs and retain the technological expertise of the country’s PV industry.

“We are doing this to protect the local value chain, as cheap imports are crippling the local industry and has seen many manufacturers and installers close down,” Viren Gosai, the general manager of South African module maker ARTsolar, told pv magazine.

“As of now, all panels supplied to Round 4 of the REIPPP are direct imports from China, while there is no local manufacturer that will be supplying a panel to any project,” he said. “Between ARTsolar and ILB Helios, which is another panel maker based in South Africa, we can supply the entire (round) from a South African source.”

Following the delay of the fourth round of the auction and an influx of Chinese imports, ARTsolar was forced to lay off 220 workers, which in turn also triggered the dismissal of 250 employees at Pietermaritzburg-based aluminum provider Hulamin.

“We have real evidence of the effect of the movement away from manufacturing to procuring cheaper Chinese product, and the effect of the direct value chain linked to ARTsolar is roughly 1,100 direct jobs,” said Gosai. “If you consider a support factor of one to five individuals, this translates to 5,500 people affected by the loss of projects to ARTsolar.”

“Should there be a total demise of the PV manufacturing sector, the skill drain will never be replenished and the industry may be lost forever,” said the Durban-based company’s operating manager, Qaphela Zikhali. “We are fighting not only to save real jobs, but to save the technological expertise and technical skill of the South Africans currently engaged in this sector.”

Gosai said the cost of imported panels has fallen substantially over the past three years — by as much as $0.06 [per Watt], in certain instances. However, the retail price of modules has remained the same, he added.

“The resellers have enjoyed the benefit of higher contribution to their profit without passing the same benefit to the end user,” Gosai said, rejecting claims that new 10% import tariffs could have a detrimental effect on the South African renewable energy sector as a whole. “Furthermore, the exposure to forex in the same time period has shown a far higher deviation in currency.”

Gosai also rejected claims that tariffs on imported modules could somehow be linked to South African utility Eskom’s current problems and its related inability to finance its planned transition to clean energy.

“Eskom’s financial position should not have any bearing on our application,” Gosai said. “We have already successfully supplied PV modules to Round 3 of the REIPPP, which contributed to reducing the burden on our national grid.”

Gosai argued that imports tariffs should not be seen as a penalty, but as a mechanism to protect local jobs and the domestic solar sector as a whole.

“We hope that South Africans support South African manufacturing and fight for real jobs that actually exist, and not accept profit being passed as local content,” he concluded. “The simple point… is that a buy-sell model merely enriches a few, but sustained manufacturing rewards the community at large.”

Founded in 2010, ARTSolar currently owns and operates a 100 MW solar module assembly facility in Durban [upgradeable to over 300MW], in the South African province of KwaZulu-Natal. It manufactures mono- and polycrystalline modules with a power range of 100 W to 350 W. The manufacturing facility relies on production equipment originally designed [to produce] for Bosch in Germany.

Item added to your cart

Continue Shopping Go To The Cart
DON'T WAIT FOR IT.
Be prepared for the inevitable, and gear up with a loadshedding or solar kit today.
Shop our Kits
x